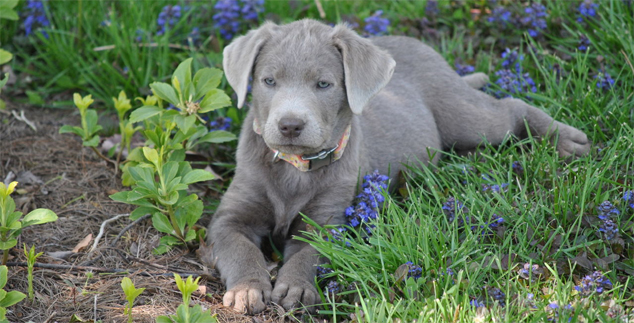 Every registered dog breed has a standard. The standard tells how the dog should look to qualify as a pedigree of that breed. Among other things, the standard gives specific detail about the color of the dog.

If the dog receives a dominant “color expression” gene, the coat will have to be black or chocolate. There are no other options. It cannot be rather black, rather chocolate, or silvery. It must be all or nothing.

Black Labrador Retrievers may be pure black, carrying no other gene. The genetics makeup of such a dog would be BBEE. It would have the dominant, black coat color, and full ability to express, or show, that color. If two dogs with a pure genetic makeup of this nature are mated, the puppies should be all black.

Black Labrador Retrievers may be black carrying a chocolate gene. The genes would be BbEE in this case. Black (B) is dominant, and “beats out” chocolate (b). “EE” makes the black coat color fully visible. Puppies of two such dogs could have a litter of chocolate and black puppies.

If a black Labrador Retriever carries a yellow gene, the genetic pairs would be BBEe. It is genetically black, and carries a dominant E gene to show the color. It also carries one recessive e gene that could be passed to offspring. Puppies of two genetically identical dogs could be black and yellow.